As the situation remains uncertain, there is however one thing it seems we can always count on: the steady or even increased pressure exerted by opponents of nuclear power that we can witness at country level as well as at the European Commission level.

For those of us with children and / or on the front line fighting the crisis, the confinement unfortunately means no availability remaining. The time is now for others to face the challenge, for you who may have the opportunity, to help us continue to occupy the field and encourage vocations.

We have hence looked for an easy way for you to share, with others, information and the motivation to act by highlighting elements of (pop) culture that have helped forge our enthusiasm and crystallize our action.

This is only a preliminary list, neither perfect nor exhaustive, of cultural references and paths for reflection on nuclear power and its role in society. Without any specific grid, we sought to offer various references, deliberately non-academic, inspiring and / or entertaining.

Many references here are French and American: we would love, and hope, to receive more references worldwide from you to largely widen the scope in an upcoming second edition of this playlist!

PS: We still look forward to a volunteer for managing a more complete reference library, available from the Voices site!

Myrto
for the Voices 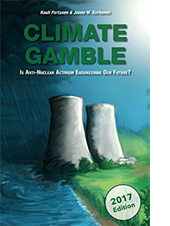 The Climate Gamble
by Rauli Partanen and Janne M. Korhonen – available in English, French and Finnish

The Climate Gamble was released in 2015 and distributed free of charge by their authors, young Finns and their friends, not from the nuclear industry, during COP21. It is a small educational book, very referenced and breaking through the voluntary disinformation about nuclear power, and its necessary inclusion in the array of solutions to be deployed against climate change.

Commentaire : Having met Rauli and Janne in France as well as in Finland that year, I (Myrto) sent this book to many French and international personalities from the nuclear and from the climate sphere during the years which followed, and I still continue to do so once in a while. We can only encourage you to get this little Bible. 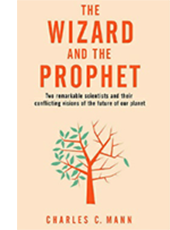 The overlapping portraits of Norman Borlaug and William Vogt, two unknown scientists of the 20th century whose respective theses, diametrically opposed, are at the origin of modern thoughts on the relationship that humanity should maintain with the planet and on vision of the future that this choice entails.

Comment from Science book a day: Cut back! Otherwise everyone will lose!” vs. “Innovate! Only in that way can everyone win!” Mann delves into these diverging viewpoints to assess the four great challenges humanity faces–food, water, energy, climate change–grounding each in historical context and weighing the options for the future. With our civilization on the line, the author’s insightful analysis is an essential addition to the urgent conversation about how our children will fare on an increasingly crowded Earth.” 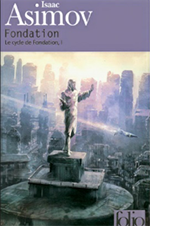 A classical masterpiece, voted best science fiction series of all time and supposed inspiration to Georges Lucas for the StarWars trilogy, it is a ‘historical novel about the future’ featuring the man and his future.

Comment: As the Galactic Empire collapses, the loss of control over nuclear power represents the technological decay. Nuclear power is both the guarantor of the independence of The Foundation on the planet Terminus, and the instrument of its influence and strength. Miniaturized to the extreme, it becomes a symbol as well as a vector of civilization, refinement and political stability. 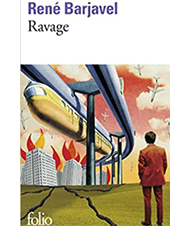 Ravage is a post-apocalyptic French science fiction novel describing the sinking of a mature society, in which, one day, electricity disappears and no machine can function any more. The inhabitants, worn by the suddenness of the disaster, fall into chaos, deprived of running water, light and means of transport.

Comment: Very illustrative background to the risk of a disruption in electricity supply, the book presents a pessimistic and a highly critical view of technological progress. 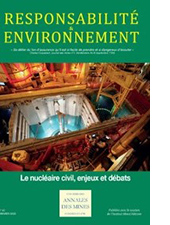 … and of course all the other issues of the Annales des Mines.

Comment: This issue gave us the opportunity to write an article entitled “Can we overcome the fear of nuclear power?”, exposing part of the theory on which the Voices base their actions. 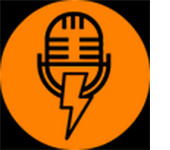 Titans of Nuclear
Podcasts in English

A podcast featuring interviews with experts on Nuclear Energy from industry and research as well as the spheres of activism and the institutional spheres.

<pstyle=”text-align: justify;”>Comment: Jadwiga, international development manager at the Voices, is one of the hosts of this podcast. You will find there certain personalities, some of them familiar, who have been shaping world nuclear power in all its facets. 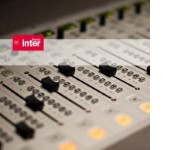 «In the time of climate revolts and Greta Thunberg, whither goes political ecology?»

France Inter – listen to the talk show – in French

The Breakthrough Institute podcast points to and promotes the use of technological solutions to the challenges that faces humanity.

Comment: The Ecomodernist Manifesto was conceived by several members and founders of the Breakthrough Institute.

An American rapper who has already notoriously tackled the themes of climate change, neurology, the theory of evolution, and religion…, Baba finally raises the question of the role of nuclear power in the energy transition. Click here to listen.

Comment: His inspiration may have been initiated with the Climate Gamble (hereabove) book which he was given during COP21. With vocals performed by Eric Meyer of Generation Atomic. 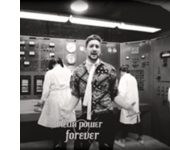 Comment: Eric Meyer, founder of Generation Atomic (partner organization of the Voices) offers his training as a lyric singer at the service of better acceptability of nuclear power and its recognition in the battle against global warming and for development. Click here to listen. 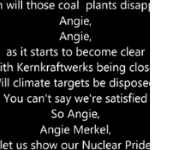 Comment: This song is featured on the Nuclear Pride Music Playlist. A number of French songs have been created but not yet recorded. Amateur or professional musicians, you are welcome to help us complete this list! 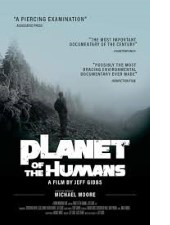 Planet of Humans
A movie by Jeff Gibbs, produced by Michael Moore

Available free online as of April 22, 2020 for the 50th anniversary of Earth Day, the film denounces the “Big Green” in the United States and its impact on the environment. Receiving little review in France, where people seem to think that what happens in the US does not apply to them, it is still the target of a very tough campaign in the US.
The full movie in English

Comment: Reactions to this film quickly became extremely polarized, including within pronuclear activist community in English-speaking countries. The debate essentially centered around the importance given to the question of demography, debated in the conclusion of the film. Jeff Gibbs actually denounces the policies of energy transitions based on renewables adopted by the majority of Western countries, without proposing an alternative other than massive sobriety.

We have chosen to include this film in our recommendations because we believe that, beyond this aspect, many of its messages are just as important as they are absent from the debate on climate change. Among them, the question of the importance of how the media portray promotion of deployment of a technology.

Michael Shellenberger – for
Mark Lynas – against
Daniel Suchet – neutral (young assistant professor at the Ecole polytechnique specialized in solar PV and scientific referent at CPLC (Citoyens pour le Climat) who provided a quite balanced and spot-on review. You can also find a link to an interview with Gibbs et Moore. 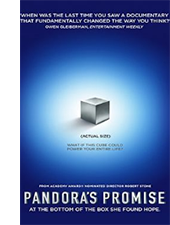 Released in 2013, Pandora’s Promise is a documentary film about the nuclear power debate, directed by Robert Stone. It explores how nuclear can help mitigate global warming through the eyes and experiences of environmentalists who used to be fierce opponents to nuclear energy before reverting to support it.

The film is available at various locations on YouTube but should preferably be purchased to view. 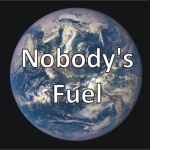 An engineer’s guide to saving the planet. “Retired Engineer Douglas Lightfoot is not ready to retire. A mechanical engineer during his 37-years professional career, Mr. Lightfoot, an environmentalist and humanitarian, has turned his retirement into a mission, of sorts: expose with peer-reviewed references how the solution to the world’s energy crisis rests in nuclear energy…” Click here to read Nobody’s fuel. 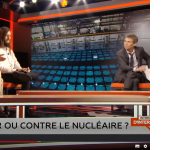 «For or against nuclear», in the talk show Interdit d’interdire
On French radio RT France, March 2020

«For or against nuclear» with Tristan Kamin and Maxence Cordiez, Voices’ administrators, facing Charlotte Mijeon and Pierre Gilbert. 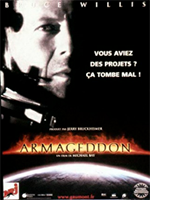 An apocalyptic movie from 1998 with Bruce Willis and Liv Tyler. As a near-Earth asteroid threatens to blow our planet into pieces, a bunch of whimsical drillers, converted into amateur astronauts, save the world by detonating the asteroid with a nuclear charge.

Comment: Daily life in the nuclear industry ! Special dedication to our geologists. 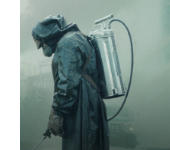 Fiction series inspired by historical events, illustrating all the things that should not be done in terms of governance and safety at a Soviet nuclear power plant with RBMK design reactors.

Comment: Excellent, exciting mini-series and winner of the 2020 Golden Globes award for the best mini-series and the best second role…  but whose main defect is to advertise itself in a misleading way by claiming to be as close as possible to the facts. Prior reading of one of the two articles below is therefore strongly suggested as a perfect complement to viewing the series. 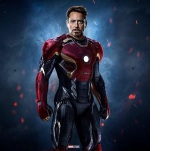 by Jon Favreau and with Robert Downey Jr

A superhero movie from 2008. Tony Stark, a billionaire playboy with a particular sense of humor, uses his artificial “nuclear” heart to transform himself into heroic Iron Man and repeatedly save the world.

Comment: Robert Downey Jr is one of the rare Hollywood stars to have publicly spoken in favor of nuclear energy during a highly publicized opening night. 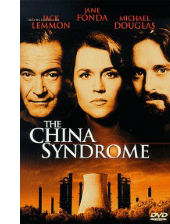 A 1979 disaster movie. The plot is about the meltdown of a nuclear reactor and its possible consequences. 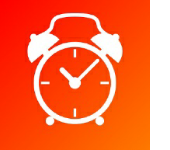 A reference among educational science YouTube channels, le Réveilleur, proposed a series of several rigorous nuclear-themed  episodes which notably attracted strong reactions from opponents. These reactions were the occasion for new, even more beautiful, educational videos on nuclear power, in particular concerning the health impact of Fukushima.

Comment: The art of exploiting the disinformation to inform 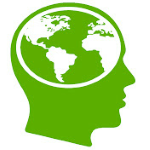 Comment: Clear and educational, helpful for the uninitiated to understand and adopt the elements of physical analysis on which is based our defense of nuclear power in the energy transition and which everyone should know about to be able to forge his own opinion on the energy debate. 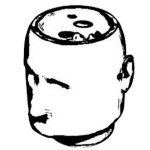 Intellectual self-defense, critical minds, are you there? A channel more generally dedicated to developing a skeptical methodological approach to the reception and understanding of information. 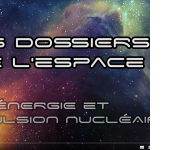 The Space files
Channel in French

Scientific journalist since 1986, Sylvestre Huet is a reference in scientific analysis for the general public.

Commentaire : He helped to highlight many subjects that illustrate how anti-nuclear sentiment impacts democratic exercise and our response to the societal challenges we face: French opinion on nuclear and climate change, analysis of reports from the court of auditors etc. 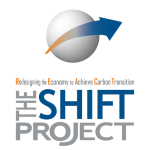 And more generally the works of its founder Jean-Marc Jancovici, to see or to read, which have inspired a whole generation of young environmental activists and citizens to put figures behind the statements, integrate perspectives, differentiate concepts.

Comment: Special mention for this intervention by Jean-Marc Jancovici, finely illustrating his personality and his principles, that prompted France Culture to schedule a true nuclear medicine specialist. There is always a first time !

Very active environmental journalist on Linkedin, educator and rigorous, reference on climate issues. She is very followed and regularly selected by the editorial staff of Linkedin on the themes she deals with.

Comment: Juliette is careful not to speak about nuclear energy. That’s OK, nuclear isn’t the only thing worth talking about😊.

Thank you for your support !

By subscribing to this newsletter you accept our Confidentiality Policy.