Interest in nuclear energy seems to be undergoing a revival. Have we only really noticed it since the launch of Les Voix du Nucléaire (Voices of Nuclear)? Are arbitrary threats against nuclear gaining in strength? Or are worrisome dangers increasing, making the move toward more, rather than less, nuclear more urgent than ever?

Perhaps what we at the Voices find most troubling is the persistence of an insidious, pervasive anti-nuclearism, while the world situation is deteriorating on so many fronts – the social climate, the global political climate (a general rise of populism which will probably worsen with the next foreseeable oil crisis) and, simply – the Climate.

One thing seems certain: an antinuclear bias exists, explicitly or implicitly, in the most varied publications, in all sorts of media and for every audience. The targeted public – the French people – don’t notice it, or no longer notice it. So they find themselves unknowingly supporting an ideology, since that’s what it is, although it was never presented as such. Thus, one is given to understand that “the French people” support the closure of Fessenheim and the planned reduction in the share of nuclear power and are worried about the consequences of Fukushima and nuclear waste management – without knowing (because nobody has told them) that their fears have no factual basis.

One of our tasks this year will be to call attention to this bias, because even with careful explanations and good humor we cannot hope to overcome an obstacle that’s only dimly understood.

On October 8, 2018, the IPCC’s SR15 report faced the abysmal silence of the press concerning one of its main conclusions: limiting global warming will absolutely require the expansion of the world’s nuclear fleet, multiplying it by a factor of 2 to 6.  But this time the press has an excuse for its silence: although the editors of the report found this conclusion important enough to include in the summary for decision-makers, it’s embedded in a table of figures that would need to be interpreted and explained.

On December 17, the petition « the Affair of the Century » attacked the France government in the name of the climate, although France is one of the most virtuous governments in the world in the fight against climate change thanks to its nuclear program. The petition, drafted by four notoriously anti-nuclear associations, lumps nuclear together with fossil fuels and shamelessly exploits a well-known gap in public knowledge: more than half of French people don’t know that nuclear energy does not emit greenhouse gases. 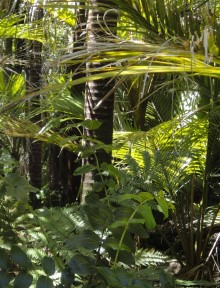 In an article dated December 18, 2018, the newspaper Le Monde announced that the new Brazilian president Jair Bolsonaro, whose popularity is at least equal to that of Donald Trump, will tear down thousands of hectares of the Amazon forest – which evokes popular sympathy on a level with baby pandas – in order to exploit… uranium reserves. Only one problem: there are no uranium reserves at the location cited…

Finally, on January 28, 2019, the signature of a strategic contract between the government and the nuclear industry – the 3rd largest industry in France with 220,000 jobs and 2,500 companies – made only a fleeting appearance in the press. That was actually a better showing than the media coverage of the beginning of commercial operation of the Taishan (China) EPR on December 13, 2018, and much better than the collective amnesia, since 2016, about the final report of UNSCEAR, the United Nations Scientific Committee on the Effects of Atomic Radiation, on the health consequences of the Fukushima accident. UNSCEAR concluded that there were no radiation-related health consequences from the accident and that it was urgent and important to make this known.

How can we fight the excessive caution that a subject like nuclear inspires, the bad faith, the fake news and the silence?

How? with your help!

Here are three good resolutions for 2019 that we propose to take together and keep:

…Spread the good news.
Count on us to supply it.

Sharpen your eyes and mind by adopting good habits of reading and analysis.
We will try to help you.

Thank you for your support !

By subscribing to this newsletter you accept our Confidentiality Policy.

This website uses cookies to improve your experience while you navigate through the website. Out of these, the cookies that are categorized as necessary are stored on your browser as they are essential for the working of basic functionalities of the website. We also use third-party cookies that help us analyze and understand how you use this website. These cookies will be stored in your browser only with your consent. You also have the option to opt-out of these cookies. But opting out of some of these cookies may affect your browsing experience.
Necessary Always Enabled

Any cookies that may not be particularly necessary for the website to function and is used specifically to collect user personal data via analytics, ads, other embedded contents are termed as non-necessary cookies. It is mandatory to procure user consent prior to running these cookies on your website.